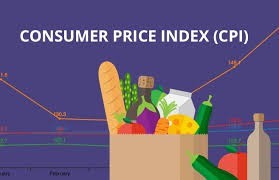 Will changes to inflation affect your maintenance order?

Although I imagine gilt-holders were probably more upset at the news, it made me a little sad. I’ll tell you why.

The Retail Prices Index (RPI) is the oldest measure of consumer prices in the UK and is used widely across the economy and in all manner of financial contracts. Traditionally used also as the points of reference for uprating maintenance paid over time.

RPI and its replacement indices (CPI or are based on comparisons of consumer prices. What is in the basket changes over the years as consumer tastes change. For example, half chocolate-coated biscuits were added to the CPI in 2017. How bourgeois.

How reliable is RPI?

When compared to other measures, the ONS found the RPI inflation rate is currently around 1% higher. I accept that may be more relevant to multi-million gilt holdings than annual spousal maintenance uprating but the point is, it isn’t right.

In 2013, the RPI lost its status as a National Statistic. I remember the day. I tinkered with using its replacement set of stats, but struggled to leave my first love.

The ONS position on the RPI is brutal in the way only stats-folk can be;

“Overall, RPI is a very poor measure of general inflation…and (we) discourage its use. There are other, better measures available and any use of RPI over these far superior alternatives should be closely scrutinised.”

Why did this rather dull news upset me, I see you crave to know?

It flooded me with happy memories of working in a camping shop after I left school. Every quarter, a bod from the Jobcentre (who then administered the scheme) phoned up to ask;

“What is the price of the Deluxe Red Adults Sleeping Bag”

For me then, this was exciting, helping the government machine crunch its numbers. Without me right there, taking a call away from making sure people trying on walking boots wore hygiene socks, the system would have crumbled. Or Dave would have answered the phone instead.

(*The name of the sleeping bag has been changed to protect its identity but the price is correct).

The Consumer Prices Index including housing costs (CPIH), measures movement in the price of goods and services as consumed by households. The items within this notional basket of goods are weighted according to their importance to total household spend.

The CPI importantly it does not include certain housing costs, which are significant expenses for many households. However, because it is also the UKs chief recognised index, it is a measure that is capable of being compared internationally.

The CPIH builds on the CPI to include a measure of the costs associated with owning, maintaining and living in one’s own home, known as owner occupiers’ housing costs, along with Council Tax. CPIH is therefore a comprehensive measure of price change across the economy as a whole and has been the lead measure for consumer price inflation from March 2017. Work is ongoing on other Housing costs Indices as we speak.

What index should be used for my maintenance order?

The fairest and most correct index should be used.

The ONS do not like RPI but many old court orders will be bound up with its use for many years.

RPI tables will still be published beyond 2030 they say but it will have far less use in the economy and less and less reliability. Maintenance orders entered into now however should carefully consider the right rate to use.

If it is not the most accurate measure of inflation, it cannot be right to carry on using it. As a matter of practice look at the comparable indices as to which is most favourable to use and flit between them but if it's use will dwindle in the future, it makes sense to look at the options afforded by the other indices.

This privacy notice tells you how we, Giles Wilson LLP, will collect and use your personal data; primarily for providing legal services to you in accordance with the retainer we agree with you; for ensuring we comply with our professional rules concerning anti money laundering and conflict of interest checks; and for dealing with complaints. We may use your data for limited marketing purposes but your data is not passed on to third parties for this purpose, save for where we engage a third-party marketing agency to undertake marketing for Giles Wilson LLP.

Why does Giles Wilson LLP need to collect and store personal data?

In terms of being contacted for marketing purposes Giles Wilson LLP would only contact you with details of the legal services we provide, or with details of an event in which we are involved which might interest you.

Will Giles Wilson LLP share my personal data with anyone else?

We may pass your personal data on to third-party service providers contracted to Giles Wilson LLP in the course of dealing with you. Any third parties that we may share your data with are obliged to keep your details securely, and to use them only to fulfil the service which they provide (eg, supporting our telephones or IT, transcription or dictation services). When they no longer need your data to fulfil this service, they will dispose of the details in line with Giles Wilson LLP’s procedures. If we wish to pass your sensitive personal data onto a third party we will only do so once we have obtained your consent, unless we are legally required to do otherwise.

How will Giles Wilson LLP use the personal data it collects about me?

Giles Wilson LLP will process (collect, store and use) the information you provide in a manner compatible with the EU’s General Data Protection Regulation (GDPR). We will endeavour to keep your information accurate and up to date, and not keep it for longer than is necessary. Giles Wilson LLP is required to retain information in accordance with the law, such as information needed for income tax and audit purposes. How long certain kinds of personal data should be kept may also be governed by specific business-sector requirements and agreed practices. Personal data may be held in addition to these periods depending on individual business needs.

Under what circumstances will Giles Wilson LLP contact me?

Giles Wilson LLP, at your request by completing a Subject Access Request Form, can confirm what information we hold about you and how it is processed. If Giles Wilson LLP does hold personal data about you, you can request the following information:

Giles Wilson LLP accepts the following forms of ID when information on your personal data is requested via the Subject Access Request Form: a copy of two documents such as your birth certificate, passport, driving licence, official letter addressed to you at your address e.g. bank statement, recent utilities bill or council tax bill.