Supreme Court Judgment Allows Heterosexual Couples to Enter into a Civil Partnership. Will this Affect Millions? 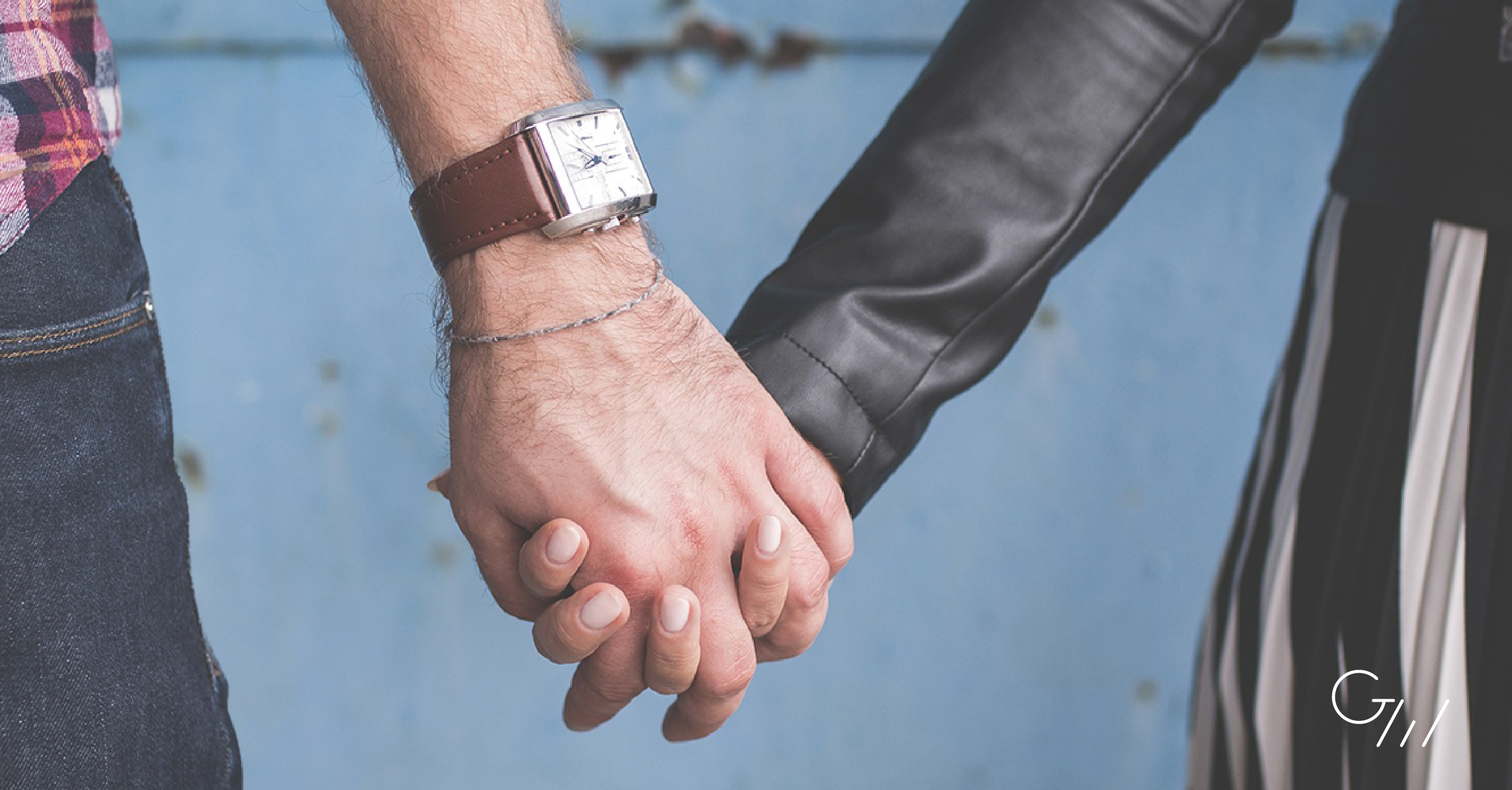 There has been a huge media splurge following the publication of a Supreme Court judgment this week on an application brought by Rebecca Steinfeld and Charles Keidan against the Secretary of State for Education. The case was regarding the couple’s desire to enter a heterosexual civil partnership.

In this article, our experienced Family Law specialist Richard Busby takes a closer look at the ruling and its implications on the differences between civil partnerships and marriage.

Why did Ms Steinfeld and Mr Keidan want to enter a civil partnership?

The couple were seeking a court declaration to the effect (and this does them a disservice as explained below) that the inability of heterosexual couples to enter a civil partnership was discriminatory and therefore incompatible with EU law (which is currently enshrined in the UK).

Ms Steinfeld and Mr Keidan lost narrowly in the High Court and also in the Court of Appeal, but now the Supreme Court has unanimously ruled in their favour.

Ms Steinfeld and Mr Keidan believed that a civil partnership would reflect their values and give due recognition to the equality of their relationship.

However, a civil partnership is defined by s.1 of the Civil Partnership Act 2004 (“the CPA”) as “a relationship between two people of the same sex”.

The couple argued that the UK ought no longer to lawfully exclude them from entering into one by reason of their sexual orientation.

Ingenuously, they contended that whilst the CPA was compatible with human rights law when it was enacted, the subsequent enactment of the Marriage (Same Sex Couples) Act 2013 altered this.

This Act permits same-sex couples to marry and civil partners to convert their relationship into a same-sex marriage. As a result, the provisions of the CPA, which preclude opposite-sex couples from registering as civil partners, became incompatible with human rights laws.

Why did the UK Courts initially refuse the heterosexual civil partnership?

In the High Court, a judge reviewed the existing European case law as to what amounted to discrimination on the grounds of sexual orientation. They concluded that there was no evidence that the couple were subjected to humiliation, derogatory treatment, or any other lack of respect for their private lives on grounds of their heterosexual orientation if the status of civil partnership was withheld from them.

In a slightly uncomfortable and perhaps unnecessary phrase, the judge said;

“The only obstacle to the Claimants obtaining the equivalent legal recognition of their status and the same rights and benefits as a same-sex couple is their conscience.”

In the Court of Appeal, heard in February 2017, all three judges found that the High Court judge had got it wrong in that the Secretary of State’s inaction did potentially give rise to a breach of the basic Human Right not to be discriminated against.

“States have a positive obligation to ensure respect for family life, and the registration of civil unions is a means of, or modality for, promoting family life. Applicants do not have to show adverse effect.”

The two other judges found that they needed to “…recognise that policy in this area remains in a state of evolution” and that it was not the role of the Court to micro-manage areas of social and economic policy, particularly in sensitive areas such as this where changes will affect society as a whole.

The Appeal therefore failed. By the time the case came to the Supreme Court, the government had conceded that there was inequality of treatment between same-sex and heterosexual couples, and that this inequality breached Human Rights from the time the same-sex marriage was legalised.

The principal issue before the Supreme Court was therefore whether the inequality could be justified by the length of time the government said it would need to properly consult and review the need for legislative change. The government argued that this legitimised the breach.

The Supreme Court ruled the government had to eliminate the inequality of treatment immediately when the Marriage (Same Sex Couples) Act came into force. They stated that this could have been done either by abolishing civil partnerships or by instantaneously extending them to different-sex couples.

If the government had chosen one of these options, they could have researched which could have influenced its longer-term decision as to what to do with civil partnerships.

In the knockout blow to the government, the court ruled that taking time to evaluate whether to abolish or extend could never amount to a legitimate aim for the continuance of the discrimination as it is not connected to the justification for discrimination.

What does the judgment mean for heterosexual couples in the UK?

The government’s policy of seeking to persuade the court that there is still a need to “wait and see” has been swept aside.

The inevitable outcome is that the government must now propose legislation for the extension or abandonment of civil partnerships. This could force through a way for cohabiting couples to have a form of legal recognition for their relationship that is not marriage.

This is important considering the numbers of cohabiting couples are on the rise. Recent figures released from the Office of National Statistics reveal that the numbers of couples entering a civil partnership has increased for the first time since same-sex marriage was introduced in 2013.

The latest figures show that there were 890 civil partnerships in England and Wales in 2016, an increase of 3.4% compared with 2015. Even though this is a fairly low increase, it is still surprising considering that civil partnerships were largely seen to be outdated and the reasons for the rise are unclear.

Do you need advice on civil partnerships, marriage or cohabitation?

If you live with your significant other and would like legal advice on the options available to you regarding a civil partnership, pre-nuptial agreement or remaining unmarried, Giles Wilson’s experienced Family Law solicitors can be of assistance.

To reach us for a consultation, call us on 01702 477106, email us at info@gileswilson.co.uk, or visit our solicitors in person at one of our three Essex offices.

Alternatively, learn more about our Family Law services here on our website.

This privacy notice tells you how we, Giles Wilson LLP, will collect and use your personal data; primarily for providing legal services to you in accordance with the retainer we agree with you; for ensuring we comply with our professional rules concerning anti money laundering and conflict of interest checks; and for dealing with complaints. We may use your data for limited marketing purposes but your data is not passed on to third parties for this purpose, save for where we engage a third-party marketing agency to undertake marketing for Giles Wilson LLP.

Why does Giles Wilson LLP need to collect and store personal data?

In terms of being contacted for marketing purposes Giles Wilson LLP would only contact you with details of the legal services we provide, or with details of an event in which we are involved which might interest you.

Will Giles Wilson LLP share my personal data with anyone else?

We may pass your personal data on to third-party service providers contracted to Giles Wilson LLP in the course of dealing with you. Any third parties that we may share your data with are obliged to keep your details securely, and to use them only to fulfil the service which they provide (eg, supporting our telephones or IT, transcription or dictation services). When they no longer need your data to fulfil this service, they will dispose of the details in line with Giles Wilson LLP’s procedures. If we wish to pass your sensitive personal data onto a third party we will only do so once we have obtained your consent, unless we are legally required to do otherwise.

How will Giles Wilson LLP use the personal data it collects about me?

Giles Wilson LLP will process (collect, store and use) the information you provide in a manner compatible with the EU’s General Data Protection Regulation (GDPR). We will endeavour to keep your information accurate and up to date, and not keep it for longer than is necessary. Giles Wilson LLP is required to retain information in accordance with the law, such as information needed for income tax and audit purposes. How long certain kinds of personal data should be kept may also be governed by specific business-sector requirements and agreed practices. Personal data may be held in addition to these periods depending on individual business needs.

Under what circumstances will Giles Wilson LLP contact me?

Giles Wilson LLP, at your request by completing a Subject Access Request Form, can confirm what information we hold about you and how it is processed. If Giles Wilson LLP does hold personal data about you, you can request the following information:

Giles Wilson LLP accepts the following forms of ID when information on your personal data is requested via the Subject Access Request Form: a copy of two documents such as your birth certificate, passport, driving licence, official letter addressed to you at your address e.g. bank statement, recent utilities bill or council tax bill.