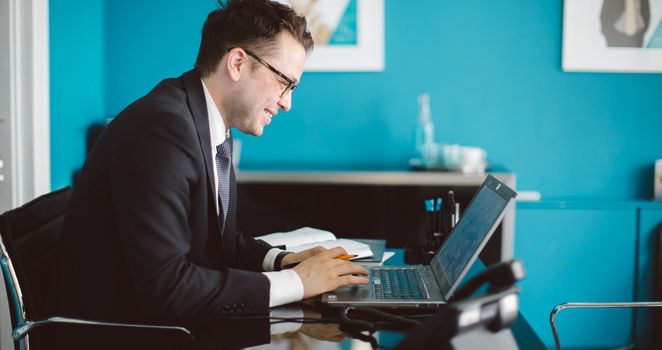 For those of you who have read my ‘Day in the Life of a Trainee’ blog, you will know that I have now finished my training contract. My university has confirmed with the Solicitors Regulation Authority (SRA) that I have completed the academic and vocational training and can now have my name added to the ‘Roll of Solicitors’. Additionally, I have sat further assessments to pass my ‘Higher Rights of Audience’.

The Law has taken considerable strides over the past two decades to become more accessible. It is right that it does; after all, the legal profession is designed to secure justice, which many would say is our birth right as a fundamental pillar of the social contract. One of the key ways those in the legal profession have done this is to start using plain English, inter alia. Amongst other things, therefore, I have decided to write a brief explanation of what the Roll is, and what Higher Rights are, for the uninitiated.

The Roll of Solicitors

The legal hierarchy in England and Wales it topped by three individuals; first is the President of the Supreme Court, second is the Lord Chief Justice, and third is the Master of the Rolls (usually abbreviated as the post-nomial ‘MR’).

Historically, the MR was a senior clerk in the Court of Chancery. He (and I am afraid, it has always been a ‘he’ so far) was responsible in essence for keeping the records of chancery practitioners. The first MR was appointed on 2 September 1286, and as far as I can see it has been an unbroken line of succession; so the records, which were once written on ‘rolls’ of parchment, are extensive.

Today, the Roll is a figurative term for the SRA’s database of qualified solicitors. Being appointed to the Roll means you have formally joined the profession and technically no longer require supervision. In a sense, then, it is a quality mark to signify your knowledge and advice in respect of the law is (at least) competent, and that you are a person of integrity (the SRA now completes a full background and credit check on all trainees before they are admitted to ensure this – any blips and you are turned away).

Being admitted to the Roll is to a solicitor as being called to the Bar is for a barrister.

Many people do not know the difference between a solicitor and a barrister. In some jurisdictions, most famously the USA, there is no distinction; a ‘lawyer’ is a lawyer. In England and Wales, ‘lawyer’ is merely a generic term for someone who works in the law; solicitors and barristers are both lawyers (and some would argue legal executives and paralegals are too).

The actual distinction between the professions is that traditionally a solicitor deals with the client; we take initial instructions and offer our advice, review the papers, write the letters and execute the documents, negotiate the position, come up with the case strategy, and prepare a case for Court (if necessary). The barrister, who prior to 2004 was unable to take instructions directly from a member of the public even if they wanted to, steps in broadly for two purposes: to appear in court to perform the actual advocacy (as it is called in the field, ‘making submissions’) and also occasionally to prepare particular advice on an aspect of a case. The reason the latter is sometimes required is because, even more than solicitors, barristers tend to specialise in a particular area of law and know a lot about that area. Although solicitors do specialise (for example I work in our Litigation Department, meaning I deal with legal disputes), we are also more broadly trained (for example I could also draft a will, albeit probably not as capably as one of my colleagues in our Estates Department).

One aspect of a barrister’s specialism in advocacy is their rights of audience. A solicitor can only appear to make submissions in the ‘lower courts’ (i.e. County and Magistrates Courts). A barrister, on the other hand, can appear to make submissions in any court, not only the lower but also the higher (i.e. the Crown Court, High Court, Court of Appeal, and Supreme Court). In other words, historically even if you do not want to go to the expense of retaining a barrister for your case and are happy with your solicitor speaking on your behalf, if the matter proceeds to a higher court you must either represent yourself (which is obviously extremely inadvisable) or instruct a barrister.

But that has changed in the past two decades. As part of the aforementioned increase in access to justice, solicitors became able to take further training in order to be awarded Higher Rights of Audience. Once passed, the ‘Solicitor Advocate’ becomes able to make submissions in any court, just like a barrister. This appointment is dependent upon passing two exams to demonstrate a level of competence in advocacy that is commensurate with the standard expected in the High Court (and higher).

That is not to say that a Solicitor Advocate is comparable in skill to a barrister - after all a barrister spends far more time actually in court, honing their skills - but it means that they are at least good enough to make your case to at least a reasonable standard. That being said, experienced Solicitor Advocates with a particular talent for argument can rival barristers of similar level, and ultimately can be appointed Queen’s Counsel, accordingly. Benefits to the client include the fact that the solicitor already knows the case and so there is no need to pay for the barrister’s time in bringing them up to speed, and that the client may have an existing relationship of trust and confidence in their solicitor.

For those reasons, I am very fortunate that Giles Wilson has paid for me to undertake the Higher Rights assessments. This was by no means easy, and I was extremely worried for some time that I had not done enough to pass, however thankfully I have done, and so am now free to appear in the higher courts on my clients’ behalf if necessary. Hopefully nobody will object.